The commissioner of the Food and Drug Administration (FDA), Dr. Stephen Hahn — who recently apologized for advertising an unproven COVID-19 treatment — is now facing fire for telling the Financial Times last week that his agency is prepared to authorize a vaccine before Phase Three clinical trials are complete.
Explaining to the publication that he may issue an emergency authorization for a COVID-19 vaccine before Phase Three trials are completed, Commissioner Hahn said that “it is up to the sponsor [vaccine developer] to apply for authorization or approval, and we make an adjudication of their application. If they do that before the end of Phase Three, we may find that appropriate. We may find that inappropriate, we will make a determination.”
He later emphasized that he was not motivated by a desire to help President Donald Trump’s reelection chances. The president, who nominated Hahn to head the FDA in December, has recently lagged in polls for the upcoming November 2020 presidential election.
“We have a convergence of the COVID-19 pandemic with the political season, and we’re just going to have to get through that and stick to our core principles,” Hahn told the Financial Times. “This is going to be a science, medicine, data decision. This is not going to be a political decision.”
Sen. Dick Durbin, D-Ill., tweeted on Monday that “Dr. Hahn must decide if he’ll allow the FDA to become a political tool of Pres. Trump’s campaign. The integrity of this lifesaving agency is more important than ever. The hydroxychloroquine & plasma controversies show the lengths Pres Trump will go to mislead the American people.”
Former FDA Commissioner Dr. Peggy Hamburg was quoted by MSNBC journalist Andrea Mitchell as saying, “Given the importance of a vaccine, its safety, its efficacy and the willingness of people to take it and the clear levels of political interference going on, I would urge to proceed with caution.”
Eric Topol, director of the Scripps Research Translational Institute, was outraged, tweeting: “It is f***king outrageous to expedite *any* approval of a #SARSCoV2 vaccine, irrespective of [Hahn’s] subservience to Trump. We will not know about safety for many months after full enrollment. Some people may have serious untoward [immune] reactions when exposed.”
Activist Amy Siskind tweeted that Hahn is “the same Trump goon who lied last Sunday about plasma results.”
Siskind’s comment about the “plasma results” controversy refers to how he aroused controversy last week for overstating the possible benefits of convalescent plasma in treating COVID-19. While this statement was consistent with Trump’s claims that plasma “had an incredible rate of success” in treating the novel coronavirus — and Trump himself had tweeted only a little while earlier that “the deep state, or whoever, over at the FDA is making it very difficult for drug companies to get people in order to test the vaccines and therapeutics” and “must focus on speed” — scientists recognized that it was a significant exaggeration.
Hahn himself later walked it back, tweeting that “I have been criticized for remarks I made Sunday night about the benefits of convalescent plasma. The criticism is entirely justified. What I should have said better is that the data show a relative risk reduction not an absolute risk reduction.”
According to the U.S. Department of Health and Human Services, Phase Three trials of a potential medicine “are conducted to confirm and expand on safety and effectiveness results from Phase 1 and 2 trials, to compare the drug to standard therapies for the disease or condition being studied, and to evaluate the overall risks and benefits of the drug.” Phase Three trials usually recruit 1,000 to 3,000 participants, and the FDA reviews such trials as it considers approving a vaccine.
Hahn, an oncologist and former hospital executive, was perceived by many as a weak leader even before his recent controversies, with some pointing to his decision to grant emergency authorization to hydroxychloroquine, even though experts say it’s unlikely to be effective and poses risks to those who use it.
U.S. health officials are not the only ones who have proposed skipping vital safety steps in getting a vaccine to production. Indeed, Hahn’s suggestion to fast-track a vaccine without completing clinical trials is reminiscent of the recent actions of the Russian government, which approved production of a coronavirus vaccine that had not gone through two of the four phases normally associated with successful clinical trials.

Person Finds 35kgs Of Cocaine Washed Up On American Beach

FDA expands use of remdesivir as COVID-19 treatment 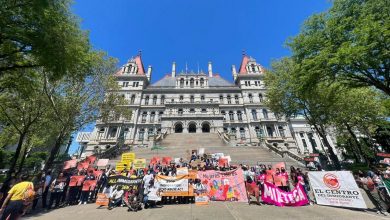