Facebook Twitter LinkedIn Pinterest Reddit
Donald Trump reckons him getting coronavirus was a ‘blessing from God’ because it’s helped him make a big decision for America.
The US President, the First Lady and several close members of his team tested positive for the virus last week.
Trump attended Walter Reed Medical Center over the weekend, where he received round-the-clock care and an experimental drug treatment that had only been used in severe cases. He was discharged this week and is now reporting no symptoms and says he feels better than ever.
He now wants pharmaceutical company Regeneron to make the antibody treatment free for all Americans.
In a video posted on his social media channels, the Commander in Chief hailed the treatment as a ‘cure’, even though there is no known cure for the virus.
He said: “For me, I walked in, I didn’t feel so good and 24 hours later I was feeling great.
“I feel great. I feel like, perfect. I think this was a blessing from God, that I caught it. This was a blessing in disguise. I caught it, I heard about this drug, I said let me take it, it was my suggestion.
“I said, let me take it. And it was incredible the way it worked, incredible. And I think if I didn’t catch it, we’d be looking at that like a number of other drugs. But it really did a fantastic job. I want to get for you what I got. I’m going to make it free, you’re not going to pay for it.”
Trump added that he wanted to make sure that everyone across America could be ‘given the same treatment as your President’.
He said there are hundreds of thousands of doses that are ‘just about ready’ and he will soon introduce ’emergency use authorisation’ to get more made for the country.
Shortly after leaving hospital, Trump encouraged people to prepare for the flu season, however his message on Facebook was blocked because he likened it to the coronavirus.
Trump wrote: “Flu season is coming up! Many people every year, sometimes over 100,000, and despite the Vaccine, die from the Flu. Are we going to close down our Country? No, we have learned to live with it, just like we are learning to live with Covid, in most populations far less lethal!!!”
Alma RoyOctober 8, 2020
Facebook Twitter LinkedIn Pinterest Reddit
Share
Facebook Twitter LinkedIn Pinterest Reddit WhatsApp Viber 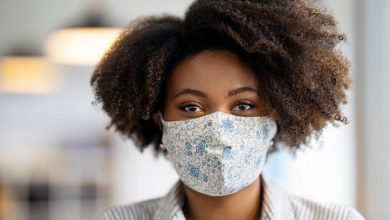