Following a decade of planning, the construction of the world’s longest immersed tunnel has officially started. The Fehmarnbelt Tunnel, which will connect Denmark and Germany, is scheduled to open in 2029. It’s one of Europe’s largest ongoing infrastructure projects, with a budget of more than $8 million.
The tunnel will have an 18 kilometers extension and will be built across the Fehmarn Belt, a strait between the German island of Fehmarn and the Danish island of Lolland. It will be an alternative to the current ferry service, which takes 45 minutes. Travelling through the tunnel will take seven minutes by train and ten minutes by car.
It will be the longest combined road and rail tunnel anywhere in the world, with two double-lane motorways, separated by a service passageway, and two electrified rail tracks. Besides the benefits to passenger trains and cars, it will have a positive impact on the flow of freight trucks and trains.

“Today, if you were to take a train trip from Copenhagen to Hamburg, it would take you around four and a half hours,” Jens Ole Kaslund, technical director at Femern A/S, the state-owned Danish company in charge of the project, told CNN. “When the tunnel will be completed, the same journey will take two and a half hours.

The project started back in 2008 when Germany and Denmark signed a treaty to build the tunnel. But it took more than a decade for the necessary legislation to be passed by both countries and for geotechnical and environmental impact studies to be carried out. Still, many organizations have currently open appeals against the project.
In the meantime, amid precautions to keep workers safe from COVID-19, construction work started in the summer on the Danish side. Work will carry on for a few years in Denmark before moving into German territory.
Workers are now building a new harbor in Lolland and in 2021 they will start construction of a factory, both meant to support work on the tunnel. Located behind the port, the factory will have six production lines to assemble the 89 massive concrete sections that will make up the tunnel. Each section will be 217 meters long, 42 meters wide, and 9 meters tall, weighing 73,000 metric tons each – as heavy as more than 13,000 elephants. They will be placed just beneath the seabed.

“The tunnel will create a strategic corridor between Scandinavia and Central Europe. The upgraded railway transfer means more freight moving from road to rail, supporting a climate-friendly means of transport. We consider cross-border connections a tool for creating growth and jobs,” Michael Svane of the Confederation of Danish Industry told CNN.

4G on the Moon? Yes! NASA and Nokia are already working on it 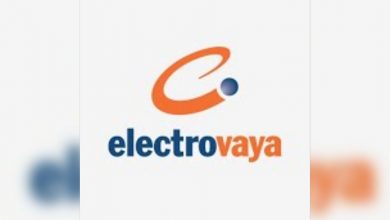 Indications of a slowdown in the local property market