Rochester, N.Y. – Voters showed up in droves Tuesday to cast their ballots in the 2020 general election.
Early voting has been going on in Monroe County since Saturday, and the county’s Board of Elections says records continue to be broken.
According to election officials, 11,550 people cast their ballots Monday. That brought the total number of voters in the first three days of early voting to 30,561.
With six days left of early voting, officials say there has been a 5% turnout in the county so far. That number will increase after Tuesday. Outside Marketplace Mall, 13WHAM’s crews saw people lined up to make their voices heard this election cycle. 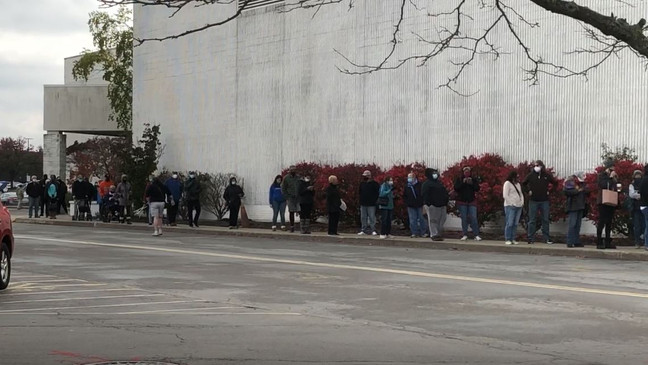 Democrats, Trump confirm no US stimulus before Election Day