Facebook Twitter LinkedIn Pinterest Reddit
ROCHESTER, N.Y. — A Rochester man is facing several charges after prosecutors say he threw bombs at another man’s yard and sent threatening letters to several people claiming the man owed him money for drugs.
James A. Pane, 50, was arrested and charged with using the mails to threaten to attempt to kill, injure, or intimidate or unlawfully damage or destroy property by means of explosive, and mailing threatening communications.
The criminal complaint against him claims that between Jan. 20 and Feb. 2 of 2021, several neighbors on Falleson Road in Rochester reported hearing explosions. Investigators determined that a house on Falleson Road was the target of the explosions, and one resident of the house told investigators that he had a falling out with a lifelong friend, who he identified as Pane.
Investigators were also told that between Feb. 24 and March 9, several people living around Falleson Road and Leander Road received letters addressed to the “homeowner” saying: “I don’t mean to bother you people in this neighborhood. But the little (expletive) crack head at *** Falleson owes me a lot of money for drugs. He is a liar and a thief. He burned down his fathers cottage in the 1000 island for the insurance money, which he was suppose to pay me off with. He didn’t. I will keep throwing bombs off in his yard until he pays.call the cops they won’t catch me.”
On Thursday, a search warrant was executed in Pane’s home and prosecutors say police found materials used in assembling the explosive devices. Pane was arrested.
If convicted, Pane faces a maximum of 10 years in prison and a $250,000 fine.
Tags
featured
Alma RoyApril 9, 2021
Facebook Twitter LinkedIn Pinterest Reddit
Share
Facebook Twitter LinkedIn Pinterest Reddit WhatsApp Viber 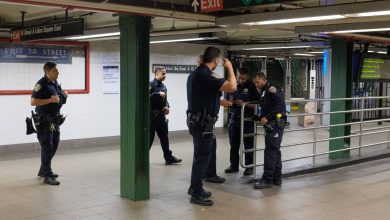