A line formed outside of Science Skills Center High School in Brooklyn Saturday as New Yorkers waited to receive their monkeypox vaccine. The location is one of three schools in the city where vaccination sites are operating through Sunday.

“It was kind of annoying to try to find an appointment. Lots of waiting online, but happy to finally get the vaccine,” said Brooklyn resident Jimmy Yoder.

The executive order comes as nearly 1,300 cases were confirmed in the city as of July 29. Earlier in the week, Mary Basset, the Commissioner of the state’s Department of Health, declared the spread an imminent threat to public health.

Monkeypox, for which symptoms include a rash and sores, is currently predominantly spreading among men who have sex with other men.

“Harks back to 1983 for me. It’s not the first kind of pandemic I’ve lived through. So it really had that undertone,” said Todd Thomas, who is from Manhattan.

Health officials and advocates stress that anyone can catch this disease.

“The diseases themselves don’t discriminate. People do,” said David Kilmnick, CEO and President of the LGBT Network. “Certainly we know there are cases in the non-LGBT community and there will be more, but we have to make sure we don’t repeat the history of stigmatizing our community as well.”

On Thursday, the federal government announced the distribution of nearly 800,000 doses from the national stockpile. Around 10% of those doses have been allocated to the city, despite nearly 25% of all cases in the country being found within the five boroughs. As of Saturday, it is unclear when and how the additional doses will be distributed. 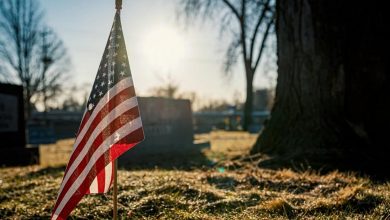