Michael Zercher used to work for 22nd Century Group as president and chief operating officer, but he has now been fired.

In a file with the relevant regulatory body, the plant technology business said that Zercher’s contract would be terminated on September 30.

Since joining 22nd Century Group in 2016, Zercher, who lives outside of the Philadelphia metropolitan region, has held the positions of president and chief operating officer (COO) for more than three years.

As part of 22nd Century Group’s ambition to expand into the CBD products market, the company made an acquisition of GVB Biopharma earlier this year. The transaction was valued at around $55 million. The company has also recently increased the number of countries where it sells its VLN brand low-nicotine products. VLN is an acronym for “very low nicotine.”

“Despite the acquisition of GVB, we strive to be a lean, fully integrated organization,” said Mei Kuo, a spokesperson. “Much of what Mike was focused on was the tobacco business and back office administration.”

According to the announcement made by the firm, Zercher’s duties will be taken on by two other executives of the 22nd Century Group. John Miller, who now serves as the leader of the tobacco business team, will take over the responsibilities of the COO, while James A. Mish, who currently serves as the CEO, will take over Zercher’s back-office administrative responsibilities.

Indications of a slowdown in the local property market 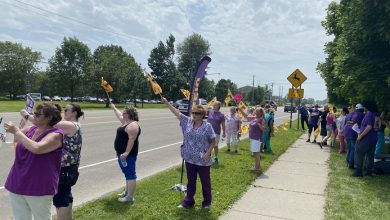