As a result of the epidemic caused by COVID-19, the average life expectancy throughout the country fell. According to the Centers for Disease Control and Prevention (CDC), the state of New York had the greatest decline in the average predicted life duration, which was reduced by three years. The state was affected hard and early by the spread of the virus.

Advocates and legislators are making calls for legislative solutions to the issue in the hopes of reversing a trend that might have long-lasting impacts on both the social and economic landscape.

“This pandemic has really demonstrated that as a nation we have a lot of work to do and the work is really closing these differences in life expectancy,” said Jean Accius, a senior vice president at AARP.

“A lot of that is actually due to some of the structural inequities that exist that we need to address,” he said. “Where you live matters significantly.”

If the current decline in life expectancy isn’t reversed, it might have serious repercussions for the economy over the course of the next decade.

“There’s an economic cost to these differences in life expectancy, particularly by race and ethnicity,” Accius said. “If we do absolutely nothing, it will actually cost us $1.6 trillion in terms of lost economic activity.”

In the borough of the Bronx, the district that is represented by State Senator Gustavo Rivera is one of the neighborhoods that has been disproportionately impacted by the epidemic.

Rivera highlighted a number of other elements that are at work that are connected with COVID-19. One of these reasons is the opioid crisis, as New York has also witnessed an increase in the number of people dying from overdoses in the previous two years. He believes that the solution to the issue may be found in increasing the availability of health care alternatives.

“I certainly believe that is possible—data-driven policies—that focus on widening access to health care, not putting it behind a pay wall,” he said.

Rape suspect in Georgia arrested with the help of a location-sharing app, alligator sign 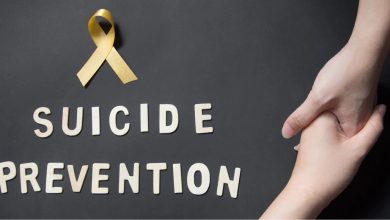