According to the police, two assailants on a moped opened fire on pedestrians in Queens on Sunday, striking four individuals and killing one of them.

A gunman and his accomplice rode up to the victims as they stood outside a residence on 41st Avenue near Warren Street in Elmhurst at about 1:30 p.m., police said.

Officials said that a man who was shot and injured by the gunshots passed away while being treated at Elmhurst Hospital. His identity was not immediately made public after the incident.

According to the police, a guy in his twenties had a gunshot wound to the hand; another man in his twenties was shot in the face and arm; and a man in his thirties was hit in the abdomen. It was reported that all three were in stable condition upon arrival at Elmhurst Hospital.

The individuals responsible for the shooting are still at large. 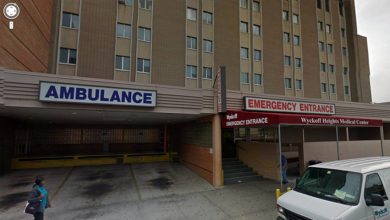