Authorities are looking for two men accused of the theft of at least seven necklaces on separate occasions, including one that was captured on video in Queens showing them dragging a 12-year-old girl.

The girl was reportedly heading home from school on Layton Street in Elmhurst on October 24. She was then approached by two men on a moped, who drove up next to her on the sidewalk.

The video shows one of the men pulling a necklace off of her neck and dragging her several feet. The man driving the moped then loses control, collides with a parked vehicle, and the scooter then tips over onto its side. At this point, the other men can be seen forcefully ripping the necklace off of the girl’s neck, and then both of them fled down the sidewalk.

According to the findings of the investigation, all of the robberies took place in Jackson Heights, Elmhurst, and Corona between October 24 and November 7, during which the men snatched seven necklaces.

The police said none of the victims required medical assistance.

Please contact Crime Stoppers at the following number: (800) 577-TIPS if you have any information. Every call will be treated as confidential. 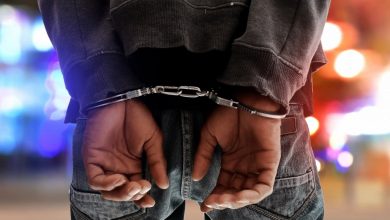