Record high inflation rates and skyrocketing prices since the start of the year prompted the Federal Reserve to aggressively increase interest rates in an effort to combat increasing prices. While finance and economy experts agree that increasing interest rates is the best solution to get inflation under control, the main worry for economists is that the Fed raises interest rates too quickly and dampens demand too much, stalling the economy. If policymakers really overshoot on rate hikes, it could push the economy into a recession, halting and reversing the progress it has made so far.

Some of the largest and most successful tech companies have already started firing thousands of employees, and many others are expected to follow as America is almost certainly headed into a recession that experts believe is likely to take place some time next year. And it’s not just tech companies. High interest rates and a slowing economy hurt other industries as well, which is likely to lead to layoffs in the long run.

Meta is one of the first companies to fire thousands of workers at once. Earlier this year, Mark Zuckerberg announced that he decided to reduce Meta’s team, previously known as Facebook, by about 13% and let more than 11,000 of the company’s employees go. The announcement came just two months after Meta said that a total of 87,314 people had been part of the company in September, the highest number since Facebook was founded in 2004.

Amazon recently announced in a blog post its plans to lay off 10,000 employees, representing 3% of its white-collar professionals in corporate and technology roles. The cuts will primarily focus on money-draining units, such as Amazon voice-assistant Alexa and ebook-reader Kindle. According to the Times, this would be the largest job cut in the company’s history. What is even more concerning is the fact that Amazon also plans to reduce its HR team, which means that hiring will slow down compared to the aggressive staffing that took place over the last several years.

Now that it’s obvious that the economy is slowing down, other companies are also expected to cut back on expenses. In recent months, Google executives have been working on reducing expenses and trying to make the company 20% more efficient. The combination of a potential recession, soaring inflation, and rising interest rates is having a clear impact, however.

Alphabet, Google’s parent company, last month announced that YouTube’s ad revenue shrank from a year earlier, and top executives confirmed that the declining trend is expected to continue in the upcoming period. Since Google’s revenue is mostly generated by advertising, one need not be an expert to conclude that Google will also feel the negative impact in the upcoming months now that we know that YouTube’s ad revenue is down.

Google’s business hasn’t been hit as hard as many of its peers so far, and Google hasn’t announced Meta-like layoffs, but employees are feeling the pressure and are becoming more concerned that huge layoffs might be on the horizon since the company already decided to shut down its gaming service Stadia and the development of the next generation of its Pixelbook laptop was cancelled. Concerns grow even more, having in mind that the revenue from advertising will decline over time.

Google has been rapidly growing in recent years, but that is about to change, at least for now when recession is just around the corner. Google’s CEO, Sundar Pichai, said in September that the company is working hard to cut expenses, but top executives didn’t rule out layoffs as a potential solution.

Recently, Google employees were faced with even more anxiety after the company suffered an internal outage, leaving many unable to log into their Gmail accounts and other necessary work tools. Google employees, however, still had access to Memegen, and used the platform to express their discontent.

Although Google has been doing much better compared to other major companies so far and ad revenue might slightly increase during the holiday period, it won’t be a surprise if we see a Google announcement about laying off thousands of employees as soon as early next year.

Supporting local non-profits and those in need just before Christmas: The Rochester Americans version 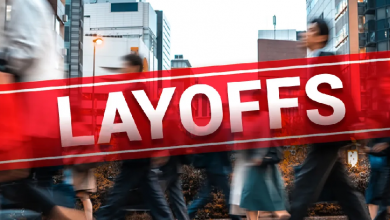