New York – Population decline is a serious issue for any region, city, state, or country, and the reasons are numerous. Aging population and negative implications on the economy are only two of the most concerning results of a population decline. The state of New York is headed that way.

A declining population can lead to serious economic challenges because, as the population decreases, there may be fewer people available to work in the labor force, which can lead to a decline in the state’s economic output and a decline in tax revenues. This can make it difficult for the state to fund essential services and infrastructure projects, which can have a negative impact on businesses and communities, directly affecting the quality of life.

Because population decline in most cases means that young people are moving, the trend can have serious negative long-term implications for the state’s workforce and future economic growth. A declining population of young people can also lead to an aging population, which can put additional pressure on the state’s healthcare and social security systems.

New York state is losing residents at unseen rates so far. In the last two years, the state lost more than 400,000 people, according to U.S. Census Bureau data revealed on Thursday. The Empire State saw the largest annual numeric and percent decline in its population between July 2021 and July 2022, dropping by 180,341 people. Overall, that’s a 0.9% decrease in people living in New York, the bureau reported. Net domestic migration accounted for much of the decline in the state’s population, with New York losing 299,557 to other states.

For years, New York State has failed to attract out-of-state people to move and make New York their permanent residence. According to a recent study, most New Yorkers who decide to leave the state choose warmer places. But weather is not the biggest problem for New York residents. The study further claims that unemployment or underemployment, skyrocketing rents, a high cost of living, and high taxes are the most common reasons for people leaving New York.

The population decline is a serious issue for New York State from a political perspective too. Because the state’s population didn’t grow as fast as that of many other states, New York is set to lose a seat in the U.S. House of Representatives. But the real problems and potential solutions in combating this trend are from an economic point of view. To keep existing residents while attracting people from other states, New York state leaders should implement huge changes.

Lower taxes, combating high rents, introducing policies that will lower the cost of living, introducing initiatives to promote economic growth and job creation, as well as policies that support families and children, such as high-quality education and affordable child care, are some of the things that leaders should focus on. This was also noted by Justin Wilcox, the executive director of Upstate United, a pro-business organization.

“The continuation of the Empire State Exodus is a crisis that demands immediate attention and action,” said Wilcox. “This troubling trend will continue until Governor Hochul and legislative leaders enact meaningful tax relief and pro-growth reforms. We need to get our economy moving – not our people.” 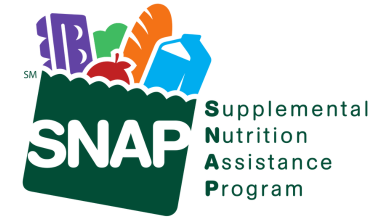