Rochester, New York – Many parents, teachers, and Rochester City School District Board of Education members were shocked last summer when former Rochester City School District Superintendent Dr. Lesli Myers-Small announced her departure from the district in a farewell letter. Myers-Small was named superintendent in May of 2020, and she had been serving for nearly two and a half years, a period in which the district faced huge problems caused by the pandemic.

As soon as Myers-Small announced her decision, Dr. Carmine Peluso took over duties at the beginning of the new academic year after he was named acting Superintendent of the Rochester City School District. Since then, Peluso has been serving in the role, but things finally changed a few days ago when Peluso was named the new permanent superintendent.

For many, the latest decision came as a surprise, having in mind that the board had stated several times in recent months that members were proactively searching for the right candidate. In addition, the school district already sought help in finding the proper candidate for the position last month, but no more details have been given ever since.

The unanimous vote took place at an emergency board meeting on Thursday, and the official announcement came shortly after. Cynthia Elliott, president of the Rochester School Board, elaborated on the decision.

“I know the community was expected to be involved in the superintendent search, and that was our desire for them,” she said. “However, the work Dr. Peluso has accomplished throughout his career and in these few short months cannot be overlooked.”

A new contract with the district’s teachers union, advancement of the facilities modernization project, and a campaign for student recruitment are three priority initiatives that he plans to focus on in the period to come. Peluso has been in education for nearly three decades, and he has served as a teacher, principal, and chief of schools. His contract, according to which he will earn $255,000 a year, is for three years, and his appointment takes effect immediately.

“I entered the interim role with a desire to bring stability and calm during a tumultuous time in our District. I have experienced several changes in leadership and know the impact it has on every level of the organization,” Superintendent Dr. Carmine Peluso said in a statement sent to us.

“My goal since coming to this District has been to effect positive change and increase educational opportunities for all students. I love this District and am inspired by the commitment and support our team gives to students, families, and one another,” Peluso added. 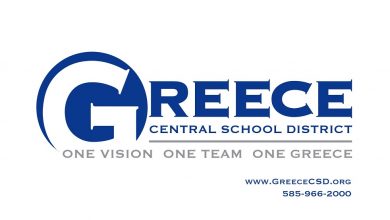